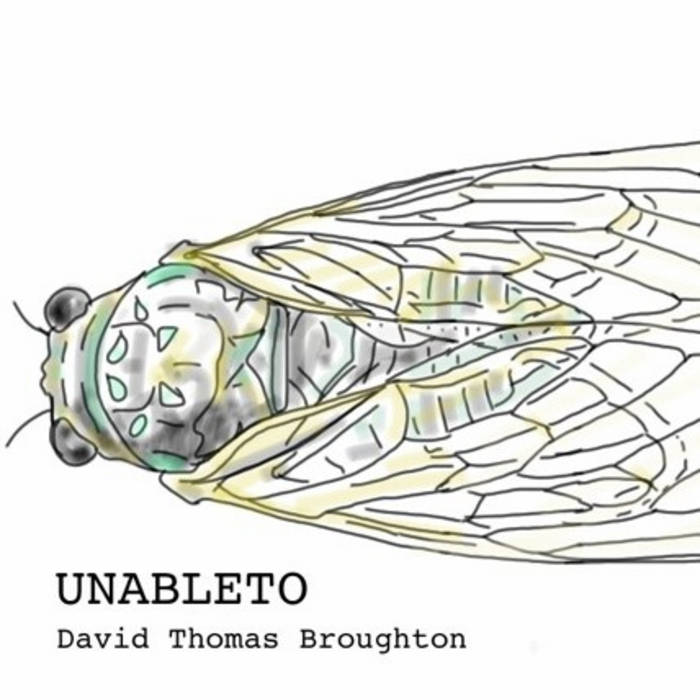 In a sense of conformity

A jumble of electronic samples, feedback mishaps and manipulations, mixed with folk songs. All played into the pin mic of a Macbook, colliding on Ableton Live in haphazard and randomised arrangements. A study in seeing what happens. Loops phase, falling in and falling out, locking into ambient sprawl or cutting into manipulated noise.

The album has nine songs that flow together into one whole. It includes the single, "Problems": soundcloud.com/antiquated-future-records/david-thomas-broughton-1

B1. Take the Edge Off
B2. Martha
B3. Rather Forgive

"one of those albums which veers from the absolutely gorgeous to the aggressively discordant, but that’s what makes it great." - Song, by Toad (#4 album of 2014)

"Mood streams passing through circuitry against folk field recordings, UnAbleTo is a collection of 9 interwoven songs. Quite unlike past arrangements, this cassette is an art folk performance, a stochastic piece." - Tape Famous

"Unableto is a journey through the wasteland of the psyche...intrigue abounds." - Turntable Operator